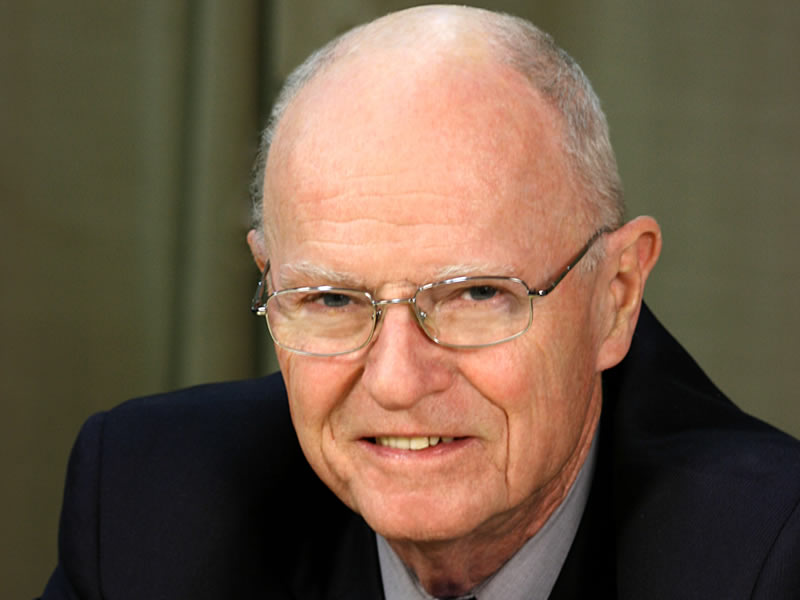 Robertson McQuilkin reminisces on a video from 2010.

Some have said that Dr. Robertson McQuilkin may have been one of the greatest storytellers of our time. Speaking throughout the world, two love stories often flowed from the beloved author and speaker. McQuilkin was known for his passionate, unapologetic love for Jesus, who “so loved the world,” and for his late wife, Muriel, who for 40 years had so loved him, and desperately needed him as she suffered from Alzheimer’s disease. In his book “A Promise Kept,” McQuilkin wrote of his commitment to Muriel and his wedding vows. His book has been published worldwide, and reprinted in many languages. During a poignant message that reverberated around the world, McQuilkin announced his resignation from the presidency of Columbia Bible College, now Columbia International University (CIU), to care for Muriel.

McQuilkin was an integral part of CIU for more than 45 years. He served as administrator, professor, university president and president emeritus.

Robertson McQuilkin’s father, Robert C. McQuilkin, was CIU’s first president. Building on his father’s vision for CIU to become a biblical university, McQuilkin made advancements in accreditation standing, faculty development, and the graduate and seminary programs. He also oversaw initiation of a radio ministry and expansion of campus facilities. Over 18,000 alumni now serve in almost 150 countries.

In earlier years, McQuilkin served as headmaster of Ben Lippen School, a CIU affiliate, and as church planter and missionary to Japan. He held earned degrees from CIU and Fuller Theological Seminary, and honorary doctorates from CIU and Wheaton College. In 2005 he married Deborah Jones. Between them, they had nine children.